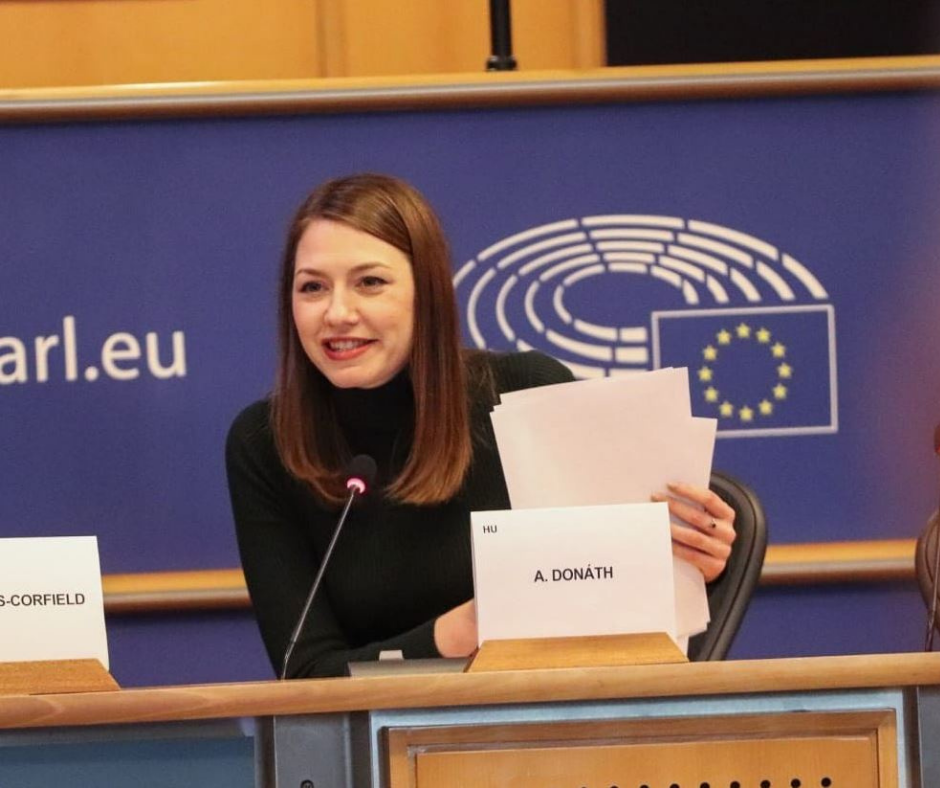 Anna Júlia Donáth, rapporteur in the Committee on Civil Liberties, Justice and Home Affairs (LIBE), presented an extremely important report on the shrinking space for civil society in Europe.

European Parliament Member from Renew Europe Group, Anna Júlia Donáth refers to key points when it comes to the crucial role played by CSOs in the realization of EU values ​​and fundamental rights, and the implementation of EU policies and strategies, namely the need to have:

(1)An enabling regulatory and political environment free from chilling effects, threats and attacks;

(3)Civil dialogue and participation in policy-making

I. The impact of measures instilling a chilling effect

Policies and measures designed to instill a chilling effect on civic space are of particular relevance as they lead to self-censorship and deter civil society organisations and citizens, but also certain professions (e.g. judges and journalists) from exercising their civic rights or carrying out their legitimate work.

While their nature can be very diverse, such policies often combine vague provisions leaving large discretion to public authorities with disproportionately high potential sanctions. Their arbitrary application is often used to strengthen further the desired chilling effect. In certain cases, the mere prospect of their application can have a deterrent effect strong enough to instill self-censorship without an actual need to apply them. Beyond merely legislative measures, negative rhetoric, stigmatization, smear campaigns, harassment, intimidation and criminalisation also lead to chilling effects.

A less documented phenomenon that this report aims at highlighting is the emergence of government-organized non-governmental-organizations, or GONGOs, designed to support the political legitimacy of the power in place.

By presenting themselves as independent voices, these organisations inflate a sense of public support to the political goals of the power in place. In doing so, they threaten basic building blocks of democracy such as public debate and deliberation and their presence in the public sphere undermines active citizenship, thereby threatening civic space in the long term.

While further study and documenting of the phenomenon would help better grasp the impacts of these practices, it is important to ensure that mechanisms and strategies are devised to ensure that EU funds are not awarded to GONGOs or organisations that do not respect EU values.

The importance of civil society in furthering the Union’s objectives is reflected in a wide variety of EU policies and strategies. These include horizontal policies such as the Strategy for the Implementation of the Charter of Fundamental Rights or the European Democracy action plan but also in a number of sectoral policies such as in the areas of anti-racism, LGBTQI+ equality, Roma inclusion, children’s rights, disability, victims’ rights, women’s rights and migrant integration.

The Citizens, Equality, Rights and Values programme was adopted with an increased budget compared to the Commission’s initial proposal, notably under a strong push by the Parliament to complement the fundamentally important three strands by a fourth one focusing on Union values.

The full article can be read at the web address: https://www.europarl.europa.eu/doceo/document/LIBE-PR-699075_EN.pdf